happy weekend! What’s everyone up to these days?

Recently i was on a fun, but relaxed at the same time, cooking date and because i had so much fun, i thought i would share a little bit with you.
It’s not like the cooking host – the handsome Mr.T or I are the best chef’s ever, but with a little passion for details, the result was something amazingly delicious.

Let’s enter the place where all the magic happened.

Don’t you just love those apartments, where you immediately see the big love for all the small details?! Well i do.
So for a cooking event there were definitely some kitchen tools needed…

And not just that, but also a little style to feel the vibe.
Those of you, who always loved those Bar inspired kitchens, are going to be very pleased now.

(Click on pic to enlarge)
I mean how cool is that?
If it wasn’t too early in the day (and the fact, that i don’t really drink), it would be THE moment to start a party! 😉
And now, the moment of truth! 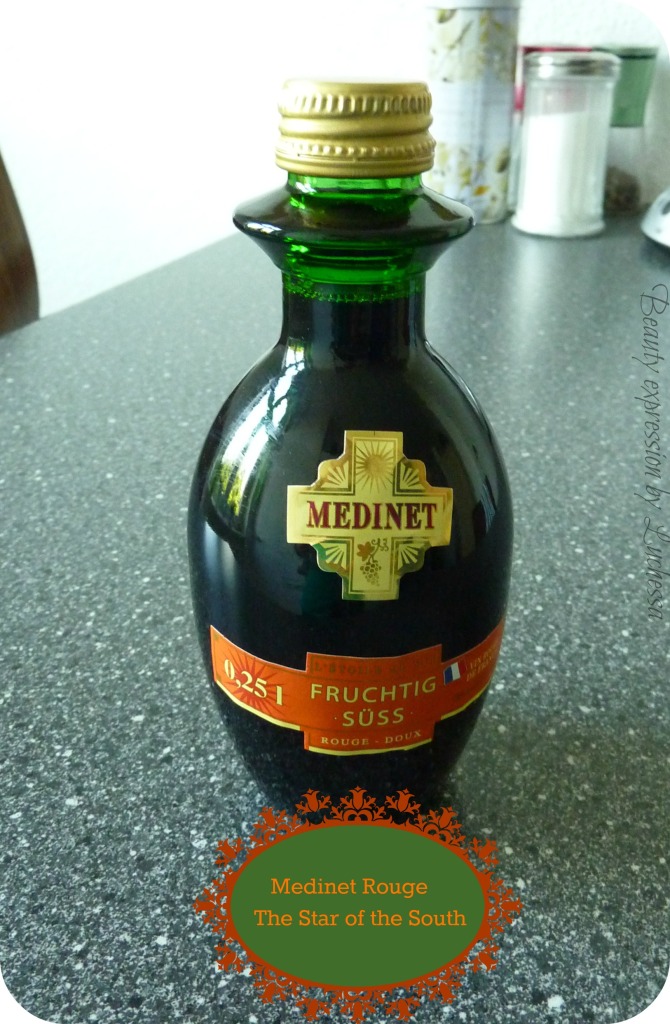 Didn’t you just say, you don’t drink?!
Right, but when it comes to a really really good vinaigrette – cooking with wine, doesn’t appear like a bad idea.
Besides we’ve used very little, i promise! (This is a characteristic wine from the South of France, that comes in an unmistakable, amphora-shaped bottle and is also known as “The Star of the South”.)

(Click on pic to enlarge)
The trick is to stir well while adding honey to the red sweet wine and keep the heat on low. After adding salt, pepper and oil to taste & giving it a moment to cool down, you’ll get an incredibly great smelling vinaigrette for your salad or even grilled meat. 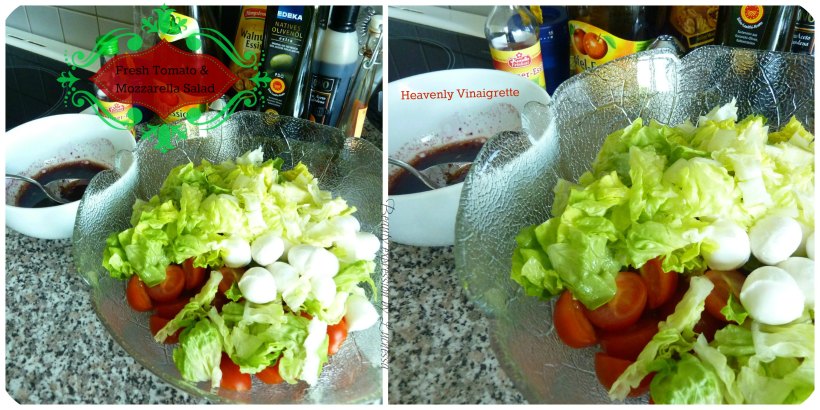 We decided to go with a fresh tomato and mozzarella salad.
(As i’m writing this i’m totally getting into the mood for this vinaigrette again. It was that good.)
Here’s the result. (We had also some delicious pickled stuffed cherry peppers on the side, so it all went really well together. You know, i’m a huge salad lover…)

After enjoying the salad it was time to go back to the kitchen and start preparing the warm dish. But first i had a moment to enjoy some art on Mr.T’s wall. I’m almost sure he painted it himself. I thought it was a really creative idea with the “blowing feathers”.
Don’t you think?

(Click on pic to enlarge)
Meanwhile the tofu had enough time to swim & marinade in the soy sauce and was ready for the wok-time.
I can tell you, after a few seconds the whole kitchen smelled like curry. 🙂 mmm… 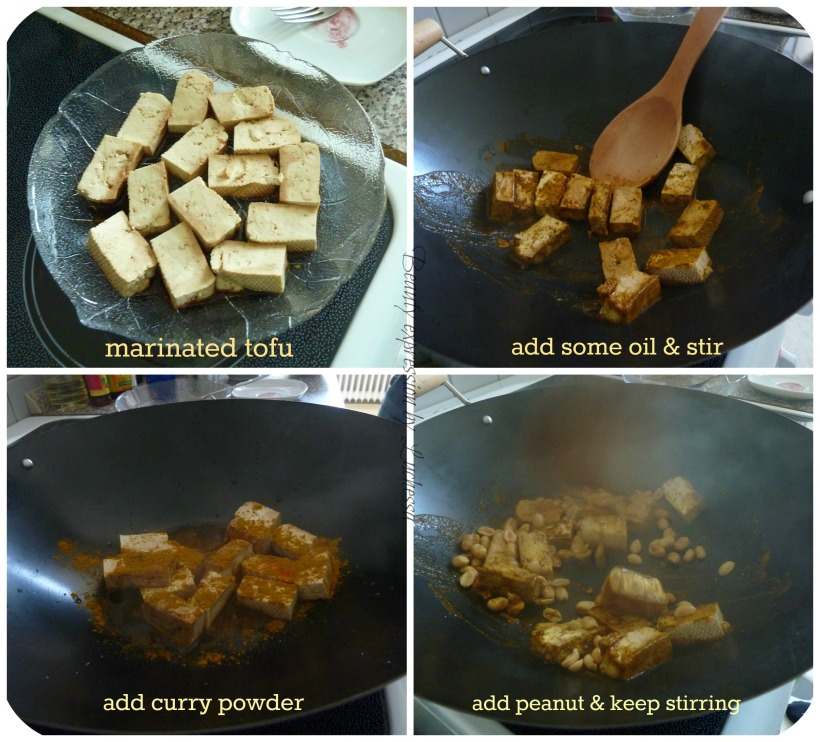 I will not show you how we cooked the noodles, since i assume that’s something everyone has already done before. 😉
Then we simply mixed tofu & noodles together and added raisins and peas & a little more curry and stirred for a little longer.
And in the end, we had a little mean tofu face inside the wok. 😛 Can you spot it? 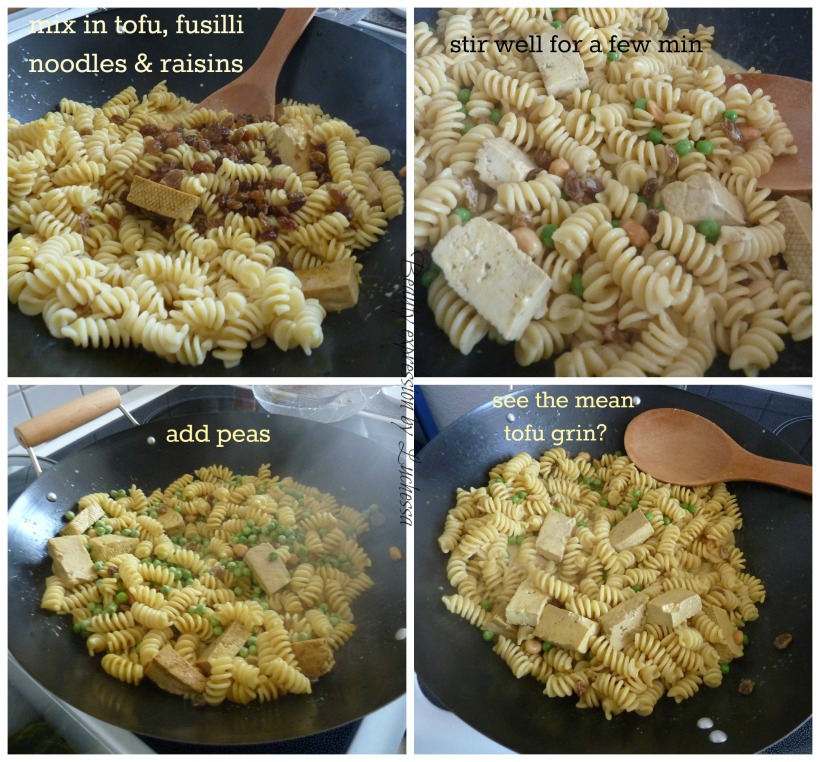 Let me tell you, that evening i ate way too much and had to roll back home later on!!
With the fusilli dish we had also some “Wostok” – ({East} in russian) sherbet, which is inspired by a a Russian non-alcoholic drink “Baikal” & was originally made in Berlin.  It has a nostalgic look and taste to it. I have never tasted it before, but that kind of sherbets & soda’s are definitely something i know from way back.

After all the eating & laughing it was time to lean back & relax on the couch, with a nice little fireplace and an overhead projector, that had that awesome under water world feeling to it. So relaxing, i can’t even descibe it. 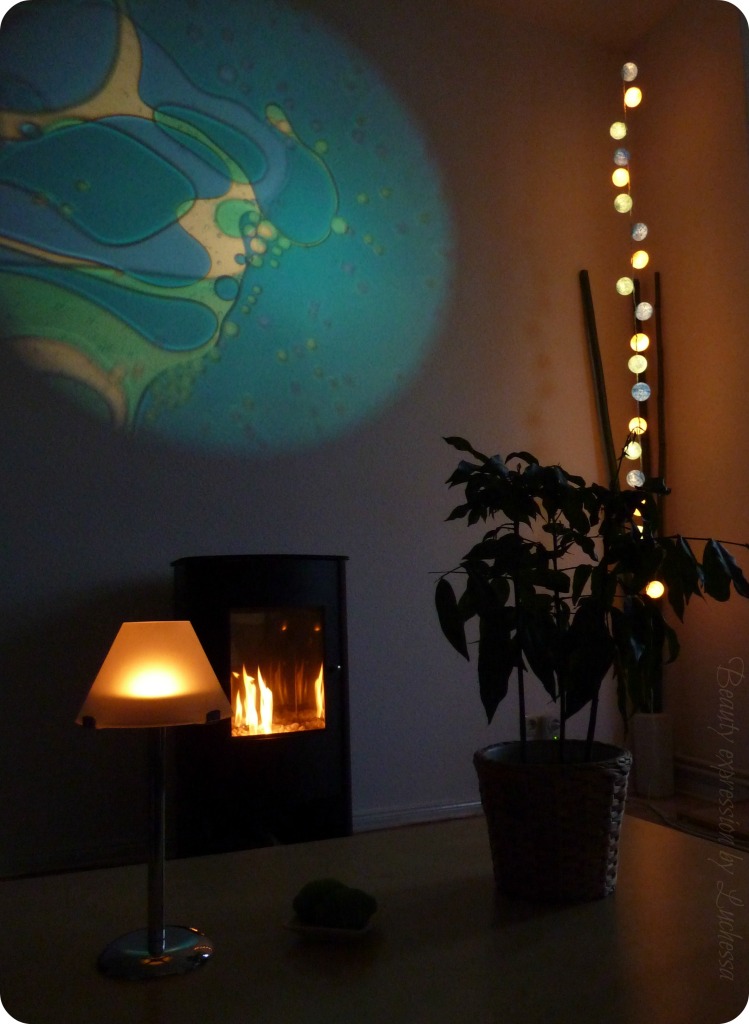 I was enjoying that evening so much and thought what a wonderful idea it actually is to gather more often, cook new dishes, which don’t have to be a 5 star fancy ones, but simply something, that makes you feel good. Do you know what i mean??

Thank you Mr.T for such a warm-hearted evening. Hopefully soon again.
And what have you been cooking lately, my Beauties?
Share your secrets with me.

Until next time – stay beautiful!

I’m a thirty-something metropolis girl, with experience of living on different continents, speaking several languages, a big passion for skin care, especially Korean beauty, traveling and an urge to share my knowledge and tricks that I've learned over the past years. Thanks for stopping by my blog.

13 thoughts on “Cooking Date or What’s for Dinner?”

What do you think? Cancel reply

Most viewed & talked about 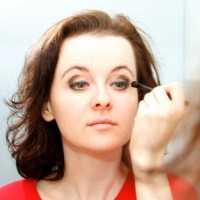 Grab my Button & spread the word